In January I decided to begin offering a new type of session geared specifically for kids (read mostly girls) between 9 and 13.  The age more commonly know as “tweens”.  So, I contacted a former client, asked if she would like to round up a few good friends and meet me in downtown Tiburon for my newly minted be-Tween sessions. The result was getting to spend a couple of hours playing with and shooting 4 of the coolest “tweens” I’ve met.

Alex, Sofia, Coco and Abby met me downtown and from there we drove to Paradise Cove Beach. This is a pretty big park/beach with plenty of areas for us to use as fun backdrops.  We started off on the pier soaking up the gorgeous afternoon light and enjoying the view of the Richmond San Rafael Bridge. 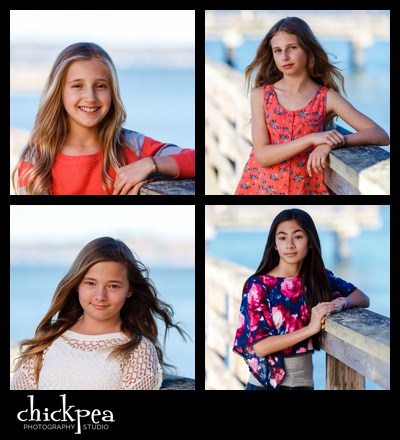 Then we walked over to the cool wood stairs where there was a series of shots getting the girls to walk down the steps, while dancing and not falling over.  They managed it like only Tweens can, which is to say much better than I would have! 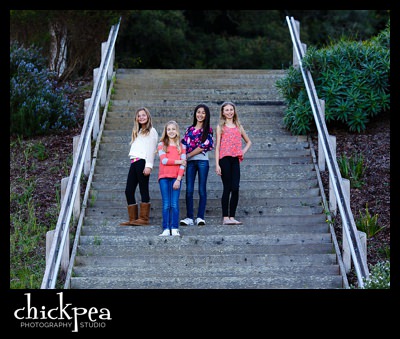 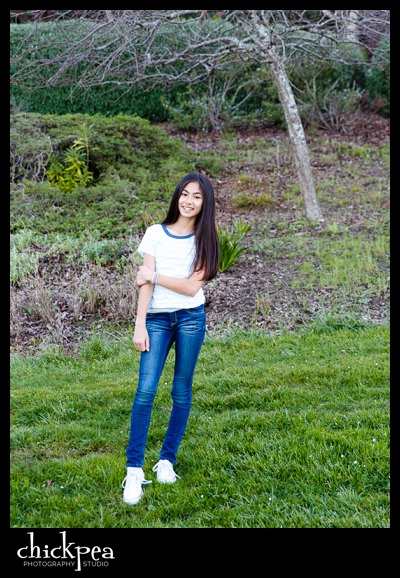 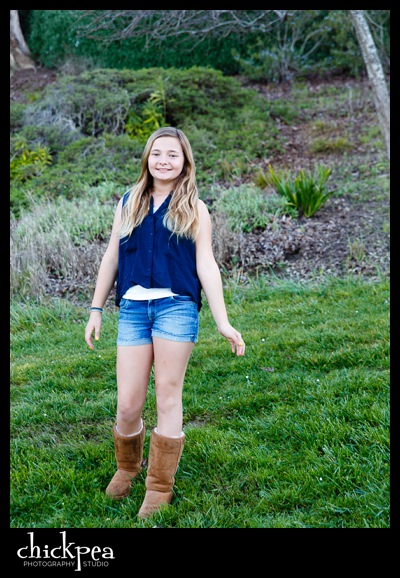 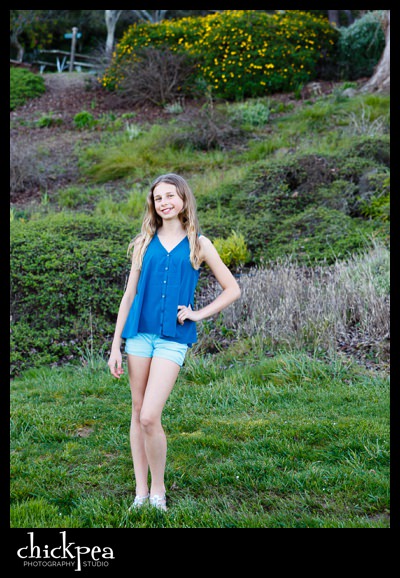 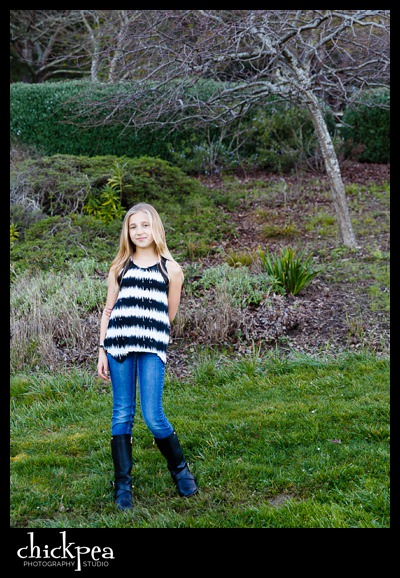 The girls were an absolute blast to hang with.  They were tons of fun, laughed easily, helped each other and teased each other and were willing to try most of the poses I asked from them (I will point out that the tree climbing wasn’t my idea……but it was still cool). 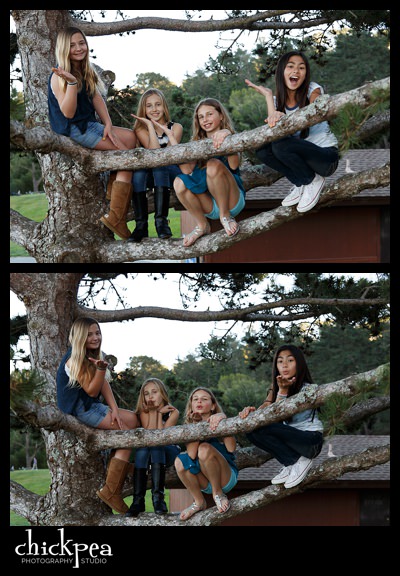 We finished off the shoot back downtown as the sun was setting.  I hope they had as much fun as I did! 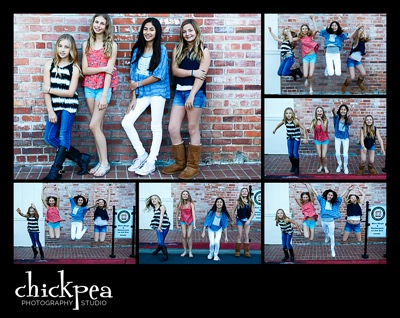 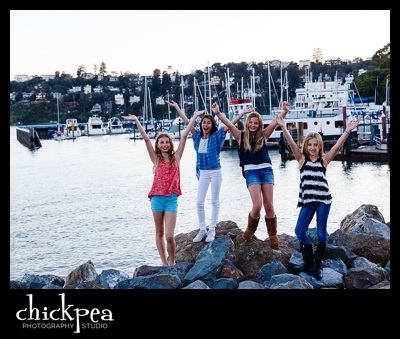