Welcome to my new series of articles on little known or new fun places in the East Bay Area to take your dogs.  As a pet portrait photographer I’m always on the lookout for cool new places to use for location shoots.  Today we start in Emeryville.

I am a Bay Area native, my parents still live in the house I grew up in near the El Cerrito Plaza.  I’ve seen a lot of changes in the East Bay in the last couple of decades and since I’ve owned dogs my entire life here, I’ve been to many, many dog parks and beaches.  However, things have changed so much that it occurs to me I haven’t scouted any new areas to take the dogs in ages.  Hence why I’m starting this series of lesser known spots to take the pooch and that would also make great locations for a photo shoot.  I decided to start in Emeryville, partly because it has grown so much in the recent years with the addition of Pixar.  My first job in high school was located at the Liquor Barn in the Emeryville Public Market; now the site of the newly opened Guitar World.  After I graduated I worked again in Emeryville at Liquid Sugars and then several years later at Sybase.  Both businesses have since moved out of Emeryville, but many have moved in to replace them along with what seems like tons of condo’s.

We started our little self-guided tour of Emeryville at Pixar Studios.  The studio has been located here since 2000 and I believe has been a huge help to the city donating large sums to city projects like more green space.  We posed Harry across the street in front of the main entrance.  I was secretly hoping Harry would take off across the street and run onto the campus, where we would, of course, have to follow him to catch up.  Then while we were there anyway, they would give us a nice tour and some dog-friendly Pixar executive would notice Harry and realize they need him for their next feature film, preferably based on Harry’s life.  Alas, Harry is too well behaved and knows that going into the street is bad, so he didn’t run off.  Probably just as well, as the Pixar security guard was glaring at us from his post. 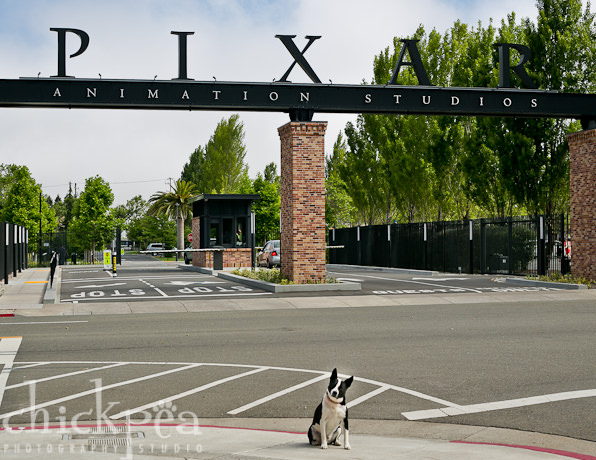 Pixar is just across the street from the Emeryville City Hall, so we wandered over and had Harry pose in front of the orignal building from 1903. Behind City Hall is what may be the only “dog park” in Emeryville. Hard to truly call it a park as it is only about the size of a larger 2 car driveway, but we checked it out anyway and Lily and Harry agreed to pose in front of a couple of the more interesting features. 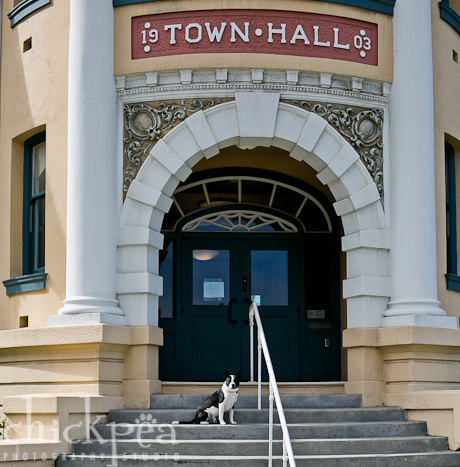 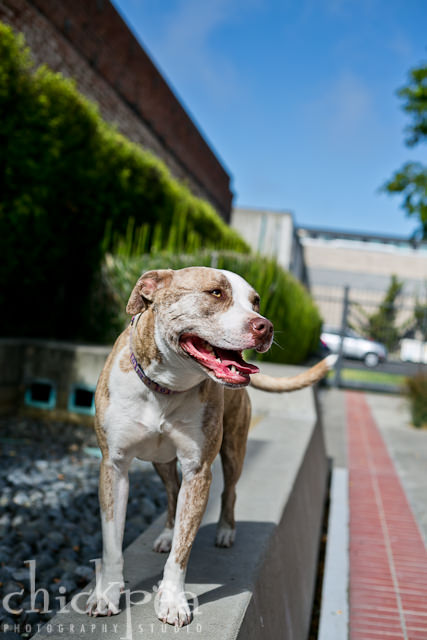 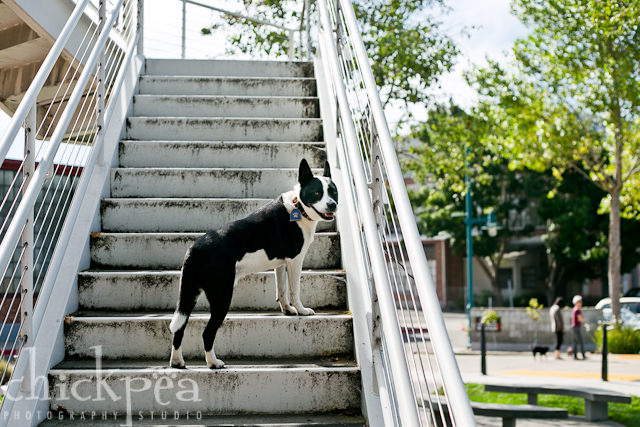 Our last stop in the main part of Emeryville was to check out the Emeryville Community Gardens on 59th Street (just down the block from a great little restaurant The Townhouse). 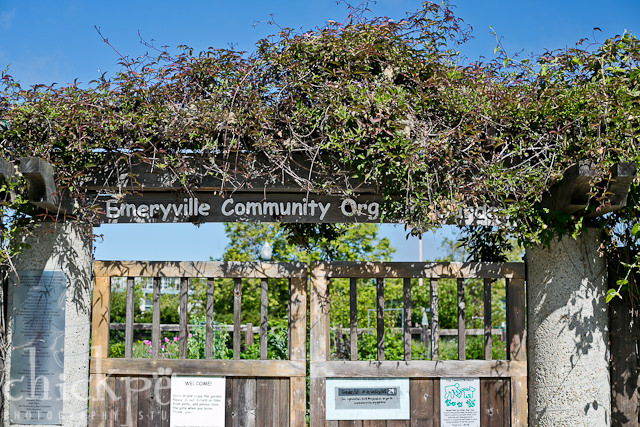 This is a really nice garden with about 30 plots and even a picnic table. I understand there is something like a 3-year waiting list for neighbors to get a space. I think this idea is totally cool and kind of wish we had one nearby us.  Guess we just have to settle for the veggie garden in our backyard! 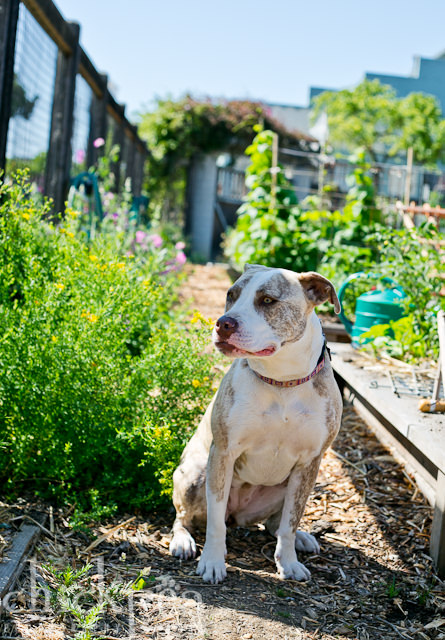 In this photo Lily’s attention is totally focused on the little gray Staffy walking across the street. So we left the garden and went out and met this sweet girl, Ariel and her humans. We learned she was a recent rescue form Berkeley Animal Control, the same shelter were we rescued Lily.  She and Ariel had a nice sniff and then we were off to the Emeryville Marina, recommended as a good place to take your dogs by Ariel’s humans.

However, you’ll have to check in tomorrow to see our adventures there.