Among one of the many pleasures of living in the Bay Area is visiting the coast all year round. Another beautiful and clear winter day found me at Rockaway Beach in Pacifica. This was my first time to this particular location, but my third session with Josephine and Wyatt. 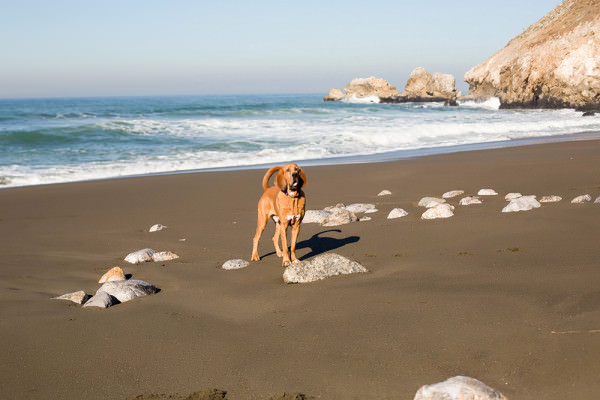 Our first session was also at the beach, but that time we went to Baker Beach and it was so foggy we couldn’t see the Golden Gate Bridge. Thankfully that only lasted a few minutes and then the fog disappeared; just another advantage of life in the Bay Area. 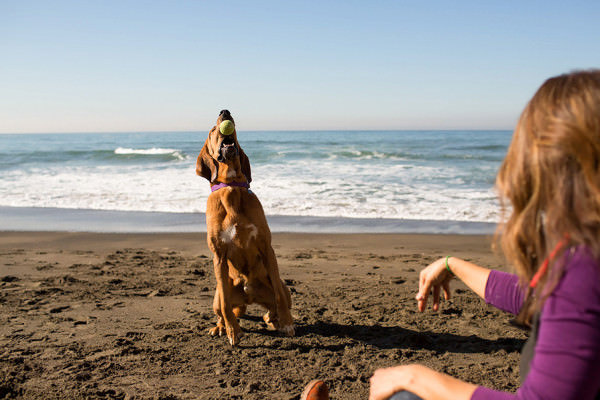 Josephine is big dog lover, as in she loves big dogs like Wyatt, but also that she just plain loves dogs. She owns her own dog walking service, Call Josephine, and has referred many clients to me over the years. She clearly adores Wyatt and even tells humorous stories of the perils of living with a Bloodhound and the copious amounts of drool!

Wyatt is your typical Bloodhound, not in that he tracks people, but that he totally tracks his ball. Let’s just say that he is extremely ball motivated. 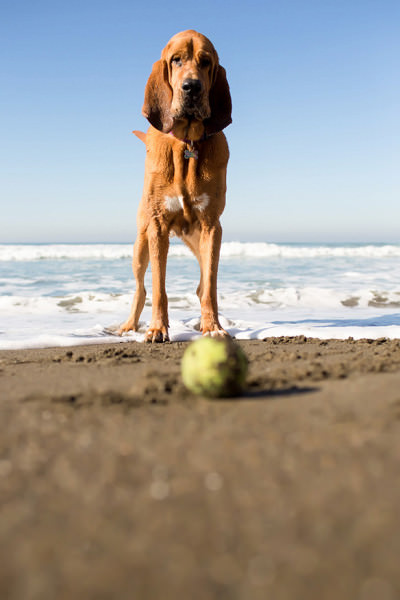 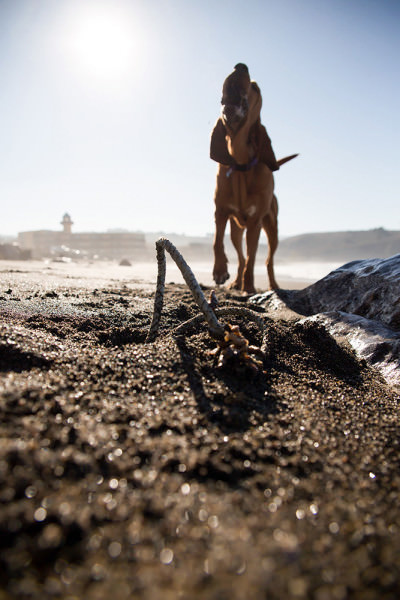 While we were playing on the beach he found a rope buried in the sand and attempted to dig it up, perhaps thinking there was a ball attached to the end of it. The rope must have been anchored to something long buried because it would not budge and Wyatt would not be deterred from his task. I went with it though and got some great photos of him braying at the rope. 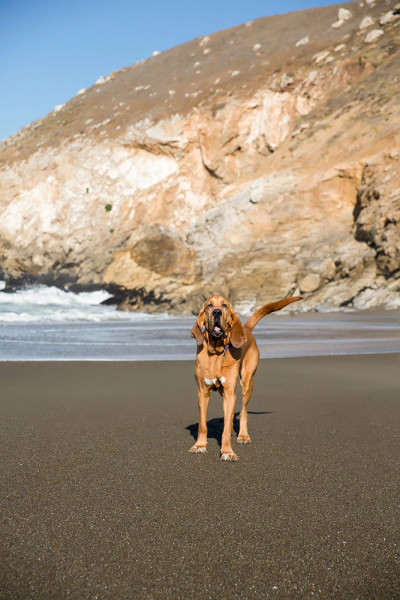 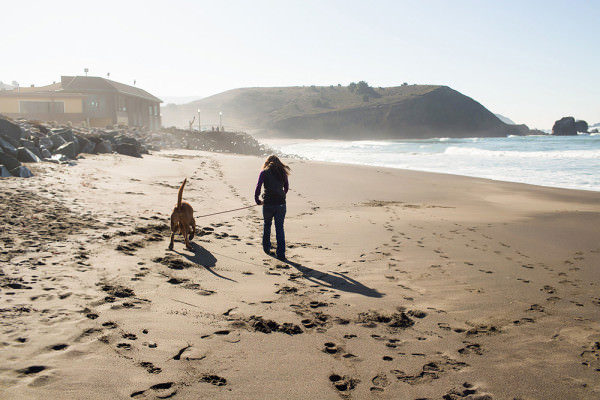