Today I had planned to buy Harry a new toy and bake him a doggie birthday cake to celebrate his 11th birthday.  Of course, that was not meant to be as he succumbed to his cancer 13 days ago. 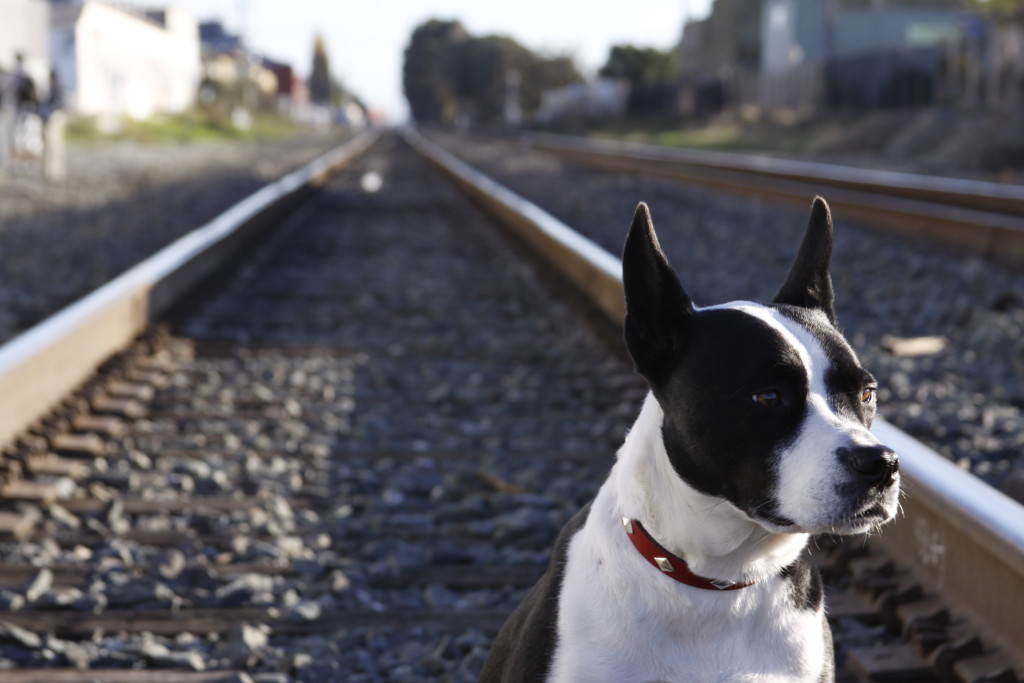 This photo was taken in Fall 2009.  We were walking near the Berkeley estuary and I got the idea to have Harry pose on the railroad tracks.  So while Lisa watched for trains Harry and I worked on this series of shots.  A couple of the images from this day are some of my favorites.  I the lines of the tracks and Harry looking off to the distance.  Yes, this pose may be a bit of a cliché, but it was still fun to do.

Harry was a very patient model….well most of the time at least.  He understood I wanted him to pose and he would just sit there and wait for me to do my thing.  Good thing too as I spent a lot of time in those early days practicing on Harry.  He had a bunch of words that he would respond to, perk up those big ears and give me a look.  Great dog model for a newbie pet photographer.