Another session from last week was this cutie named Kip.  I first met Kip and his human, Kristie, at the Bay to Barkers event in July when they stopped by to have their photo taken.  We had our session at Refugio park in Hercules and Kip was a great subject despite all the activity going on in the park and the myriad kids running by or on their scooters.  You see Kip is a senior doggie and blind, but that didn’t seem to slow him down much. Kip is Kristie’s first dog and she only recently adopted him earlier this year after he was surrendered when his elderly owner was no longer able to care for him.  A sad story, but with a happy ending as Kip clearly is devoted to Kristie.  He repeatedly crawled into her lap for snuggle. 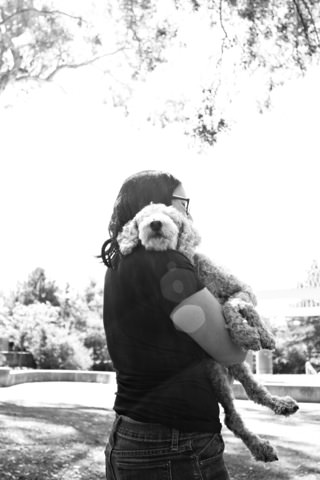 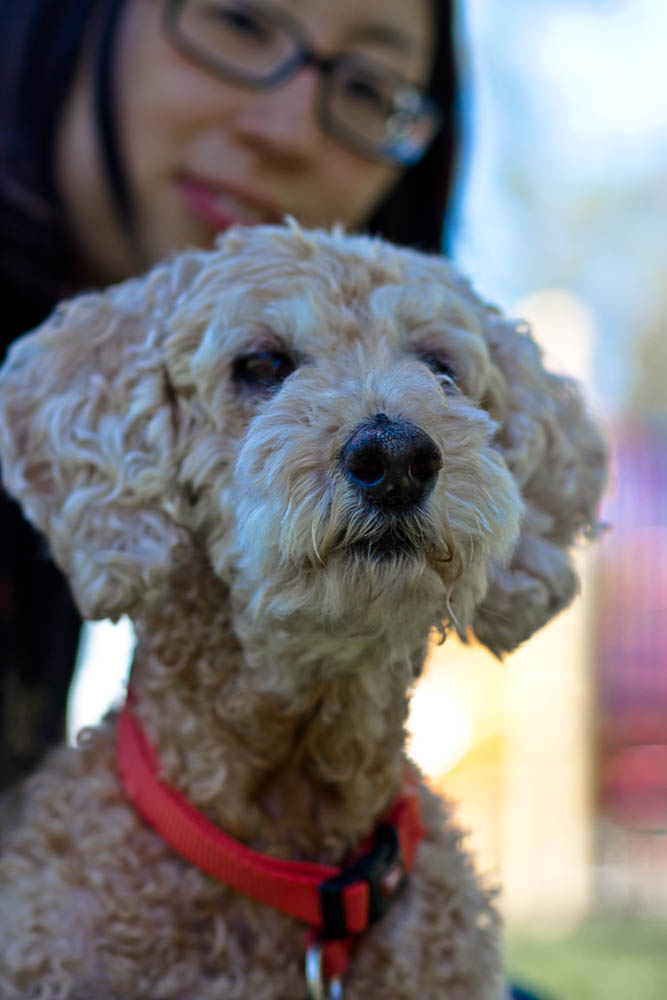 Kip put up with an whole lot of posing and I’m pretty sure we tired him out as he looked ready for a nap in Kristie’s lap, but he is a terrific guy with a very sweet, friendly personality and I enjoyed spending time with him.  Kristie deserves huge kudos for doing what many people don’t by adopting an older special needs pet.  Thanks Kristie and Kip for the fun afternoon.

1 thought on “Meet Kip, A rescued senior pup in Hercules”